His name came from the movie: The Medicine Man.  Sean Connery plays a doctor in the Amazon who is joined by another American Doctor. Our Scotsman decides that he will not call her by her first name.  He wanted to give her a tribal name, a nickname.  She came from the Bronx, New York…thus her nickname was Bronx.

When I was first writing the story, I had another name for the Underworld.  I had called it Styx (after the River Styx in Greek Mythology).  For a sense of symmetry, I wanted to give my Death Volocio a name that would fit….essentially a name with an ‘x’ in it: Bronx.

Obviously, the Underworld is still the Underworld, but Bronx is still Bronx.  His physical appearance has always stayed the same: pale skin, dark hair and dark eyes.  The reason for it?  I figured that anyone whose power was death would be dead-like, as in lacking color of any kind.  Thus the pale skin but dark hair and eyes….like someone who walked out of a black and white movie.

A few years ago, I went with some friends to see “Prince Caspian.”  I didn’t think much of it at the time…but near the end of the movie it dawned on me: the actor playing Caspian looked EXACTLY how I imagined Bronx to be.

I had to look up this actors…who was he?

I know he may be very different than your idea of what Bronx looked like.  I think Ben is pretty enough 😉  If my book ever becomes a movie (preferably a tv show) I would want him or a younger looking version of him playing the role. 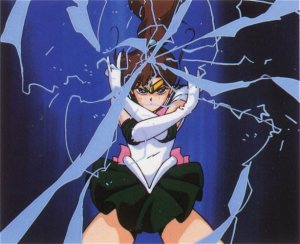 I came up with his power around the time (note that I was about 14-years-old when I created this character) I had another wild obsession: Sailor Moon.  Along with Sailor Moon – I loved to read fan-fiction.  Mostly on Sailor Jupiter (whose power was lightning…sound familiar?).  I found a fan-fic that someone wrote about a new Sailor Scout: Sailor Styx.  It was a Sailor Scout who controlled death and was a love interest to my Lita.  Make your own judgement on the story but it inspired me to create a love interest for Rei who controlled death.

On this recent draft, I decided that I wanted Bronx to have angst…however, I wanted to give him a reason to be fucked up.  Thus I gave him a craaaaazy background.  The story of his birth (the whole mother having an affair with her father-in-law) was inspired by a family member while the mother abandoning him at such a young age was from the parent of a friend.  Then I decided to insult to injury by having him thrown in a mental hospital.  Put all that together and you have one fucked up character.  Take that Edward Cullen!  Now whenever Bronx broods…there is a reason behind it…in fact, you can be amazed that he is still a somewhat functioning creature in society.

Anyway, that’s all I have for Bronx for now.  But I wanted to give a little insight into his creation.

Error: Twitter did not respond. Please wait a few minutes and refresh this page.